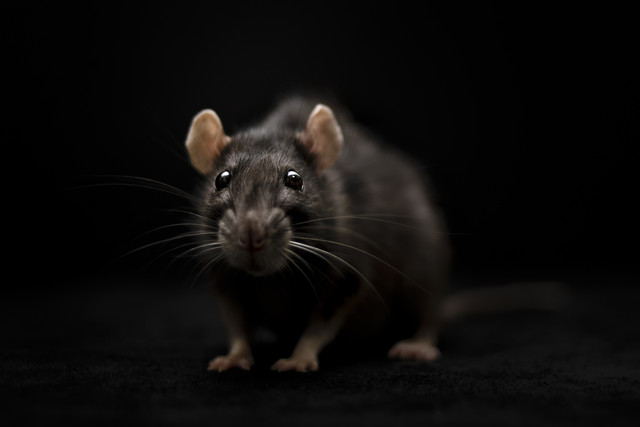 In addition to their presence that disturbs rat pests in the house that are considered annoying, rats can also be bad for your health. There are several diseases caused by rodents that can harm human health. One of these diseases is leptospirosis.

Transmission of this disease generally occurs when the food consumed by humans has been contaminated with urine from animals infected with the Leptospira bacteria. There are many more diseases caused by mice, either through viruses or bacteria. That is why rats become pests that are very detrimental to humans. Even in the agricultural sector, there are many farmers who fail to harvest due to rat pests. Disease caused by rodents Although not all mice are contaminated with the virus, it would be nice if we avoid contact with mice and their feces or urine. Because we never know which mice will transmit the disease.

Here are some diseases caused by mice:

Open wounds infected with rat urine can be at risk of contracting leptospirosis. This disease occurs due to the Leptospira bacteria. Once infected, symptoms will usually start two weeks later. Symptoms are similar to flu, namely headaches, fever, to muscle aches.

The next disease caused by rat pests is hantavirus pulmonary syndrome (Hantavirus pulmonary syndrome). Disease caused by this virus is transmitted in three ways.
First, the patient breathes air contaminated with rat urine or feces. Second, the patient has direct contact with urine or rat feces. Third, if the patient is injured by a rat bite.
Initial symptoms are weakness, fever, joint pain, especially in the thighs, back and shoulders. Symptoms that appear in the next ten days will worsen and the coughing gets worse until the chest feels tight because the lungs fill with fluid.

Rat pests can also be a source of salmonellosis transmission. When infected, sufferers will experience digestive disorders such as stomach cramps, nausea, and diarrhea. However, the healing process from this disease tends to be fast.

Pes or plague is a deadly infection caused by the bacteria Yersinia pestis. The disease is spread by ticks that live on rodents such as mice. In Europe, in medieval times the pes was called the “black death” because it caused hundreds of millions of people to die.

The next disease caused by rat pests is hemorrhagic fever which also occurs due to contamination of urine or feces from virus-carrying mice. Transmission can also occur when open sores or the membranes of the eyes, nose and mouth become infected with urine. Hemorrhagic fever is different from dengue fever which is transmitted through the Aedes mosquito.
sufferers will feel headaches, fever, nausea, and blurred vision when infected. In addition, there may also be a rash and red eyes. Sufferers can recover within a few weeks or months.

The next disease is caused by the Lymphocytic choriomeningitis virus which can be carried by rats. This virus is usually transmitted by rats in the house. The transmission medium is almost the same, namely through direct contact with contaminated urine or rat feces. About 13 days after infection, the patient will experience chest pain, joint pain, testicular pain, and salivary gland pain. Not only that, your appetite can also be drastically reduced until you feel nauseous and vomiting.

This disease Also known as omsk hemorrhagic fever, the transmission of the infection is caused by direct contact with a rat bite. This virus was first identified in 1947 in Russia. After a week of incubation, the symptoms of omsk fever will appear such as fever, headache, vomiting, and bleeding. In addition, the patient’s red and white blood cells can also drop dramatically. Recovery can take up to two weeks.

Unlike other diseases caused by mice, this disease is very likely to be transmitted from one person to another. What’s more, this fever is one of the deadliest diseases like Marburg and Ebola.

This disease is also called rat-bite fever, it is an acute febrile illness due to transmission through the mucus or urine of contaminated rats. There are two bacteria that cause this disease, namely Streptobacillus moniliformis and Spirillum minus. Children under five years of age are most vulnerable to infection because their immune systems are still developing. That is why it is very important to wash your hands regularly with clean water.

Next there is a disease caused by rat pests, namely tularemia. After being exposed to the bacteria, an infected person will feel fever, cough, headache, vomiting, and even get injured. Therefore, it is important to ensure that your environment remains safe and free from contamination of urine and rat feces.
Therefore, always clean the environment and maintain personal hygiene by diligently washing your hands. Also pay attention to any external wounds that open on your body. Immediately treat and protect with sterile gauze to anticipate unwanted exposure to viruses or bacteria, including from mice.