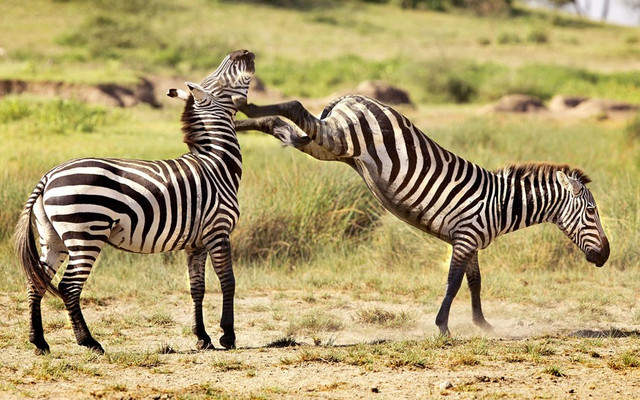 Each animal has its own ways of defending, from powerful bites to deceptive camouflage. But apart from that there are also animals that have lethal kicks as a means of self defense. In fact, some are so strong that they cause death because they are hit by kicks from these animals.
What are the animals with these deadly kicks?

Not only animals, horse kicks are also deadly for humans. Based on research, the horse’s weakest kick alone can damage the victim’s body parts. Especially horses that live in the wild, their kicks are stronger than those that are bred. Therefore, experts advise not to approach the horse from behind because it will reflex to kick because it feels a threat.

Kangaroos enter the animal with the deadliest kicks in the world, because they have very strong kicks and punches, so that their abilities should not be underestimated. The kick is used to keep the group from disturbing other animals. And when the social animals are pressed, they will fight using their bare hands, in the form of fists and kicks.

Apart from the advantages of kicks, kangaroos also have other advantages, namely that they can jump at speeds of up to 70 km / hour. In addition, most of these male kangaroos have muscles whose function is to fight and seduce female marsupials.

This flightless bird is also one of the animals with the deadliest kicks in the world. His ability not only injures his opponent, but can also kill. There has even been a case involving a cassowary that killed a man in Florida, United States.

This flightless bird is a dangerous species on earth. According to researchers, this animal is one of the wild fauna that is considered dangerous to humans.As for the location of the strength of this bird, namely from its legs. Both of those legs had sharp claws and a very strong gaze. Even with his kick it could knock down an adult.

By fellow animals, even predators of lion caliber, this bird is also very feared. Because, with his feet that have great strength, he can trample a lion with ease. Just like cassowaries, ostriches also have the strength of their two legs and 2 very sharp claws. With these two weapons, the ostrich can fight and is very deadly to its enemies.