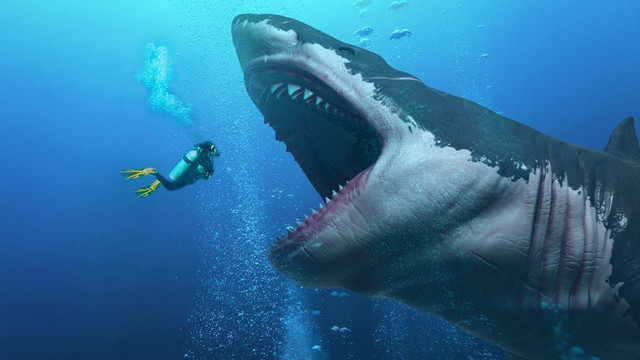 Animals that are known to be dangerous are mostly on land such as lions, crocodiles and snakes. Not many people think that the oceans also contain predators, namely dangerous fish. One bite of these fish can make the victim die. You sure don’t believe it? What are the deadly fish?

Wels Catfish is a large predatory catfish that lives in Eastern, Southern and Central Europe. Their habitat is right in the basins of the Baltic, Caspian and Black Seas. This fish is an aggressive predator and does not hesitate to kill its prey. Their diet is mainly fish, frogs and water birds. Even though the habitat is far from humans, you can imagine what if the deadly teeth pounced on the human body.

Lepu fish, at first glance, look like small fish in general. But what makes it a deadly fish category is because it has poisonous spines. These poisonous spines give him few predators. Predators who eat it will soon die. This fish can be found in the Indo-Pacific Ocean, but you can also find it in the Atlantic Ocean.

Electric eels can be found in the waters of the Amazon and the Orinoko river. This eel is very deadly because of its electric strength. Its body contains 6000 electric cells. These cells are capable of producing 600 volts of electricity. This eel’s electric attack if it hits humans will cause heart failure. This eel uses electricity to paralyze prey and protect it from predators.

Bull sharks are fish that live in warm, calm waters, around beaches and river estuaries. This shark is deadliest among other fish that live in warm waters. Unlike other fish, it can live in fresh water. This is due to the ability of the kidneys to adapt to the aquatic environment. Its adaptability in various types of water increases the likelihood that it can approach the human zone. There have been a total of 121 reports of bull shark attacks on humans. This fish is very fast and aggressive. Its main food is birds, dolphins, turtles and anything in front of them is not apart from other sharks or humans.

The habitat of piranha fish is freshwater rivers in South America. This fish is famous for its sharp teeth and strong jaws. Those sharp triangular teeth can bite into anything. The piranha fish can kill larger animals than it is. Because the strength of this fish bite is 25-30 times its body weight. In general, the piranha will eat fish or other types of grain around the river where it lives. But if he is hungry, he will be able to eat anything in front of him.

White sharks are giant sharks that occupy almost all beaches and oceans. This fish is also known as a killing machine. Because since 1580 there were 403 victims who were attacked by this fish, and 65 of them were sadistic and fatal attacks. Unlike in the movies, white sharks don’t actually make humans as their food. It bites humans just to taste whether humans eat good food or not. But as we know, these bites can cause death.

Stone fish are notoriously deadly for their poisonous thorns. If exposed to humans, this poison can cause shortness of breath, diarrhea, and hallucinations. This poison will be fatal if not treated properly. Stone fish have a color similar to the ocean floor. It is so much like the rocks in the ocean that it is difficult to identify.

Pufferfish are also deadly. There are about 120 species of this fish in the world. This fish contains tetrodotoxin, which is a deadly poison 1200 times that of cyanide. These toxic substances can be found in the liver, kidneys, spines in the fish’s body, and fish egg cells. If they feel threatened, this fish will inflate its body, as a tactic to protect itself with poisonous spines. This fish poison is very dangerous and can kill humans in just a few minutes. Unfortunately there is no cure for this fish poison. However, the puffer fish meal is very popular with Japanese and Korean citizens. the name of this fish there is fugu fish. However, only trusted chefs have a license to cook this fish.

Box jellyfish have dangerous toxins and are among the most poisonous animals in the world. This jellyfish poison can attack the heart nerves. The name box jellyfish refers to its box-shaped body. These jellyfish can be found in the Indo-Pacific ocean. These tentacles can be up to 10 feet long and contain more than 5000 poison cells.