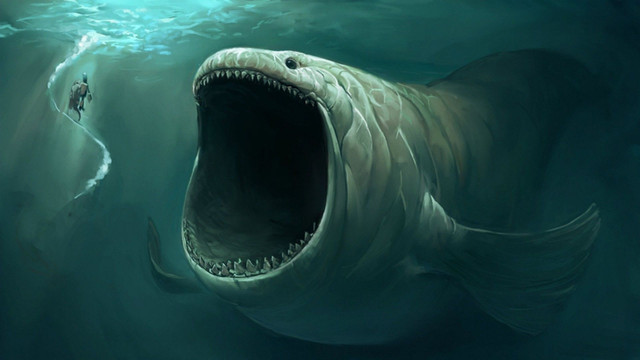 Seafloor living things are super difficult for us to see directly because in addition to being “out of reach” of sight, they are also “unwilling” to stick out to the surface. Fortunately, the explorations that had been made to the bottom of the ocean were able to uncover the phenomena of this amazing creature.

The term creatures on the seabed itself refers to organisms whose life is indeed under the photic zone of the sea. These creatures that live deep in the ocean floor have to endure extremely harsh conditions, ranging from a pressure of 20 to 1,000 bars, minimal oxygen, very little food, lack of sunlight, to extremely cold temperatures. Most of these creatures, however, depend on leftover food sinking from the surface.

This fish is famous when included in the character of the popular animated film “Finding Nemo” in 2003. Its habitat is in the Arctic Ocean, Pacific Ocean, Indian Ocean, Atlantic Ocean and Mediterranean Sea. This carnivorous fish from the order Lophiiformes is striking with a large and wide head and a large, pointed toothed mouth.

This fish has a luminous organ that hangs over its mouth to attract prey to get closer. This is the reason why it is called the Anglerfish or fishing fish.

This scary-faced fish is nicknamed the “stargazer” because of the shape of the eyes bulging on its head. He buried his flat body under the sand on the ocean floor leaving only his “face”. Once a prey passes by, it will be swiftly struck.

Despite its scary name, the vampire squid is relatively small in size. Maximum body length is only 15.4 cm. The name ‘vampire’ was given because of its fiery red body combined with its glowing eyes and the shape of the robe-like body connected to its eight arms.

Even though it has similarities with squid and octopus, this vampire squid is not the squid as we know it. The species scientifically named Vampyroteuthis infernalis, which literally translates to vampire squid from hell, is the last remaining member of its family and is often called “living fossil”.

This seabed creature looks like a flea, except that its body can grow to a length of 40.6 cm or the size of an adult cat. Giant Sea Fleas (Giant Isopod) are able to survive on the ocean floor to a depth of 6,000 m.

The creature whose scientific name is Bathynomus giganteus is one of 17 species of the genus Bathynomus that inhabit the dark and cold seas of the Pacific, Atlantic and Indian oceans. Unlike its close relatives, these isopods live deep in depths that humans cannot reach without special diving equipment.

This frilled shark has the scientific name Chlamydoselachus anguineus and was first discovered in Japanese waters on January 21, 2007. This shark is one of only two Chlamydoselachus that is still alive. The distribution is evenly distributed in the deep sea waters of the Atlantic and Pacific Ocean.

Experts estimate, this shark usually swallows its prey without chewing it completely, that is, by bending its body so that the prey’s body can freely enter its stomach.

The spider crab (Macrocheira kaempferi) is a species of crab that has long legs up to 3.8 meters (the longest among arthropods) and weighs up to 19 kg. According to scientists, it can be up to 100 years old.

When it is spring, it crawls up to a depth of 50 meters. As this crab rises, it is caught on a large scale in Japan for consumption. In recent years, the population has decreased dramatically.

This Pacific Black Dragon (Idiacanthus antrostomus) lives at depths of up to 1,000 meters. Even so, sometimes he swam to the surface in search of prey. Its natural population is less likely to be threatened when the surrounding environment changes.

This marine predator is nicknamed the black dragon because most of its prey is a glowing underwater animal. The dragon’s stomach had indeed been created to prevent the light from the prey it had ingested.

This shark, scientifically named Mitsukurina owstoni, is perhaps the shark with the scariest appearance.

Goblin sharks are slow-moving creatures that live at depths of 1,200 m in various deep waters of the Pacific and Atlantic oceans. It lives on eating fish, including sharks, and its body can grow up to 3.8 m.

Like the frilled shark, the goblin shark is also thought to have existed since prehistoric times with a body structure that has not changed for millions of years. So far, scientific information regarding the goblin shark is still very limited. However, these animals still exist, still exist in Japanese waters and have been caught on camera several times.

Blobfish (Psychrolutes marcidus), which has a strange face, usually lives off the coast of southeastern Australia and Tasmania, to New Zealand. Its size is no more than 30 cm, and lives in the depths of the sea between 600 and 1,200 meters.

Its gelatinous body is less dense than water, allowing it to hover on the ocean floor without expending energy. The population of blobfish is estimated to be getting smaller because they are often victims of trawls from fishing boats.