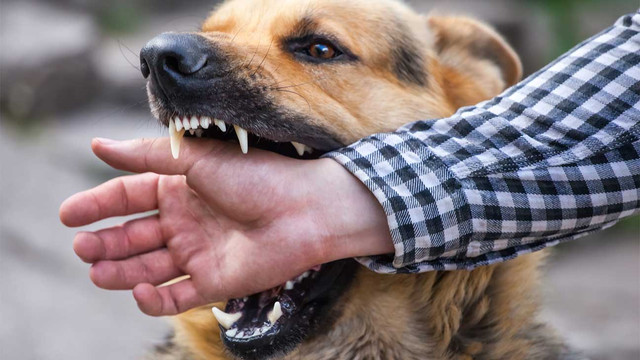 Having a pet like a dog is adorable. However, it would be a different story if this furry animal started to bite until it caused a wound. 1 in 5 dog bites require medical attention to prevent infection. So, what should be done the first time after being bitten by a dog?

The danger of leaving dog bite marks on

Not just pets, dogs can also be your most loyal friends. Keeping a dog has been shown to help reduce stress, improve fitness (when training it), and become a playmate for your little one.
However, dogs’ natural instincts as canines can still bite those around them when they feel threatened. Not only does it hurt, dog bite marks can also spread bacteria that can lead to infection, injury, even if it is severe it can cause death.

About 60 different types of bacteria are found in a dog’s mouth, but only a few can make you sick. The following are various diseases caused by dog bites, including:

Rabies is one of the most serious infections caused by dog bites. The rabies virus can affect the brain and is almost always fatal when symptoms occur. The rabies virus is able to spread through the bites or saliva of infected animals. To prevent infection, vaccination is needed immediately after being bitten by a dog suspected of rabies.

Capnocytophaga bacteria are present in the mouths of humans, dogs and cats. This type of bacteria doesn’t actually make dogs or cats sick.
However, in rare cases, a cat or dog bite or scratch can cause a person to become sick. The reason is, these bacteria can lower the immune system so that humans get sick easily.

Pasteurella is a type of bacteria that is mostly found in dog bite marks. Pasteurella bacterial infection can cause soreness and redness of the sores. Even in people with low immune systems, these bacteria can trigger swollen lymph nodes, swollen joints, and difficulty moving.

Methicillin-resistant Staphylococcus aureus or MRSA is a type of staph infection that is resistant (resistant) to several antibiotics. Dogs and a number of other animals can transmit these bacteria to humans, causing infections in the skin, lungs and urinary tract.
In some people, MRSA can spread to the bloodstream and be life threatening.

Tetanus is a type of poison produced by the bacteria Clostridium tetani. This poison can cause paralysis in the body and the effect is even more dangerous the deeper the wound is inflicted.

First aid steps after being bitten by a dog

Following are the first aid steps after being bitten by a dog:

If there is no wound

If there is no wound, immediately wash the affected area with warm water and soap. Make sure there are no soap residues attached to it so it doesn’t lead to further infection.
After drying, apply antibacterial lotion immediately to prevent the risk of infection.

If there is an open wound

• Clean the wound area with warm water and soap. Make sure there is no soap residue attached to it so it doesn’t lead to further infection.
• Press lightly on the wound area until it bleeds a little. This will help remove germs in the wound.

If there is bleeding

• If the dog bite is bleeding, prepare a clean cloth and press it on the area to stop bleeding.
• Apply antibacterial lotion.
• Cover with a sterile bandage.

As with any scars you get after being bitten by a dog, watch for signs of possible infection. For example there is swelling, redness of the skin, slightly warm, or feels soft to the touch
If the wound gets worse and feels pain, even to the point of making you feverish, immediately consult a doctor.

Do you need a rabies vaccine?

If the dog shows signs of rabies, such as acting aggressively and foam in the mouth, you need to get a rabies shot as soon as possible to prevent infection. This also applies if you are not sure whether the dog has received the rabies vaccine or not.