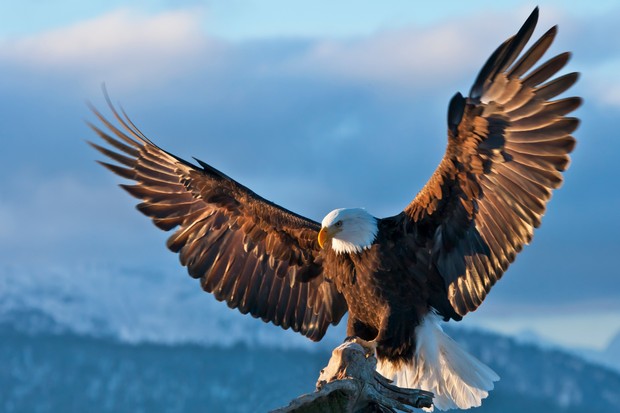 In addition, this eagle realizes that there are times when it needs to be renewed, because of that the eagle often takes time to be silent to be renewed. When he realized that the strength of his wings was decreasing, he was patient, kept silent and did not force himself to fly. And do you know where he renewed himself? The eagle is looking for a place high on a rocky hill!

Hornbills or often called hornbills are identical to their large beak. This bird has a habitat only in Africa and Southeast Asia, including Indonesia. This bird also seems to be sacred by the Dayak tribe. The Dayak people place the position of the hornbill as respecting the creator. Almost all parts of the hornbill’s body are symbolized by objects used in the daily life of the Dayak people. For example, traditional houses, traditional clothes, and even tattoos that symbolize this bird.

Currently, the presence of hornbills is very rare. The status of this big-beaked bird is included in the list of endangered animals Here are facts about the hornbill, the large beak that is endangered.

Hornbills are omnivores. They like to eat fruit and small animals such as lizards, mice, insects and even snakes.

This bird has 57 species in nature. The most famous species … Read More